How are you sensing climate change?

Climate change used to be something that environmental experts discussed in the news.
These days it’s clearly visible. For instance, here in the Dodoma region [of Tanzania] the end of the rainy season usually comes in March or the beginning of April but on the 1st of May in 2017 we had extremely heavy rain that caused flooding. And this year, 2020, it is May and the rains are still coming down hard in Dodoma, an extremely unusual occurrence in this region compared to other years.

The benefit comes in that areas that often didn’t get adequate harvests because of lack of rain are getting crops.

The loss comes in those places where crops have failed because of too much rain, and many homes have collapsed, causing loss of property and life. For example, here in our village of Nzuguni one adult was crushed when his home collapsed and a child died after falling into an open septic tank that had filled with water.

Hydrologists studying Lake Victoria say that water has risen to a record-breaking height not seen in 55 years! According to The Citizen (citizen.co.tz) It was in 1965 that the water level last reached 1,134.27 meters above sea level.

Even animals living in the water find themselves in a foreign environment after being carried along by atypical currents.

So changes to the climate are now evident even to people who aren’t educated in environmental sciences. 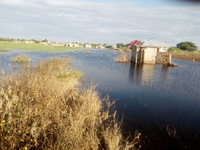 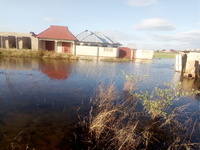 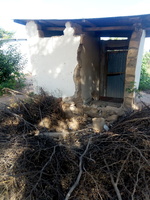